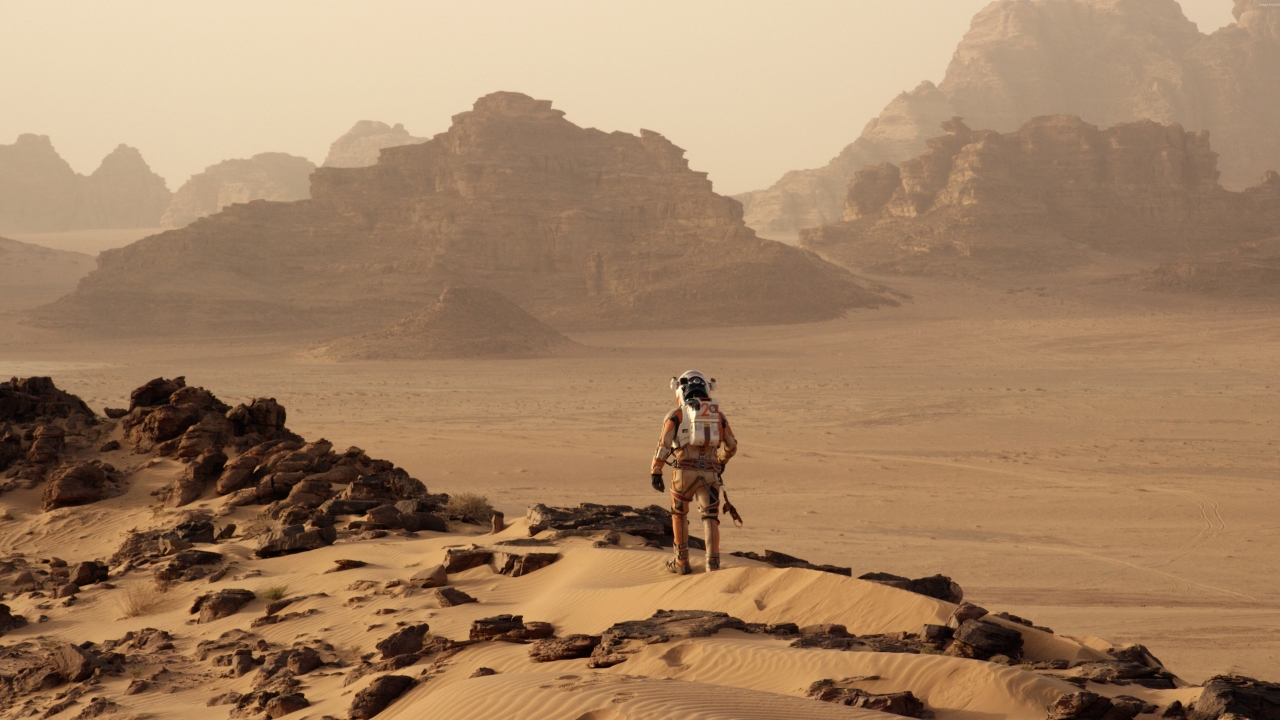 A joyous and tormented ride to Mars: Review of The Martian

“Win as if you were used to it, lose as if you enjoyed it for a change”, same is the case for the master mind Ridley Scott. He yielded marvelous flicks like Blade Runner, Gladiator and Alien, but also caused mass disappointment with Prometheus and Exodus. Ridley has made quite a chain of bad movies for 3-4 years, but all of that could be forgiven and forgotten as of now his intellect and wisdom are back which is clearly evident in his latest flick.

Here’s a review of The Martian:

It is the latest installment in the long director and producer credit list of Ridley Scott. It’s adapted from the novel of the same name written by Andy Weir. A story about if and how a botanist/mechanical engineer/astronaut manages to escape the red planet when he’s alone and against all odds. [highlight color=#339966 ]Even if you are revealed with every scene of the movie, it still won’t spoil the thrill and emotional attachment it engages you in, while you are actually watching it.[/highlight]

The movie looks a combined version of Apollo 13 and Castaway and even better in many aspects. The Production design is as absolute as Mars itself (gives you the best imaginable visual experience of the planet). [highlight color=#339966 ]Most of the audience including me can’t question or criticize the science behind the whole movie, so as far as I can say- it was legitimate, although sometimes you are clueless.[/highlight] The characters try their best to explain the plot and science of the proceeding sequences. There are a whole bits and pieces of melancholy, surrender, retreat and starting all over again throughout the movie. [highlight color=#339966 ]It’s a cheesy problem solving entertainment that somehow in the most unexpected way teaches you the importance of savoring sustenance.[/highlight]

Talking about the acting it is:

[alert type=green ]Matt Damon’s second best role after Good Will Hunting. He did a splendid job in making you feel as alone, stranded, hopeful, hopeless, full of spirit and humorous as the character he portrayed.[/alert]

[highlight color=#339966 ]Mark Watney is one of those radical and zealot characters that makes you both pity and envious for him.[/highlight] A character who plunges into dust and filth but aims for the stars and “science the sh$% outta things”. He sometime shows you how fun it could be to be alone on a planet and make you disheartened the next second.

Mark has shown some extraordinary skills which includes the following:

All of the above points simply indicate just how bad-ass of a character is Mark. The movie is a rooting joy ride that act as a visual simulator of how scary the space can actually be, similar to Gravity. Pardon me for spoiling, The Martian is one of the very few movies where Sean Bean makes it through alive. [highlight color=#339966 ]For a run time of 141 minutes, The Martian doesn’t test your patience, rather it will restraint you from looking away. It’ll make you forget if you are watching a fantasy/fiction.[/highlight]

[alert type=green ]After Mad Max: The Fury Road, The Martian is the best thing to watch in theaters this year. It fills the gaps and reconnects the lost crusade of Ridley Scott’s passion of making awe-inspiring and spectacular movies.[/alert]

Previous
The One Minute Google.com Owner

Next
IceCube lab in Antarctica detects particles from outer space